Rogers charges 0.6 cents per kilobyte of roaming data use when their customers are in the United States, which works out to $199.41 for 32.45 megs when I was at Code4Lib 2013 in Chicago. 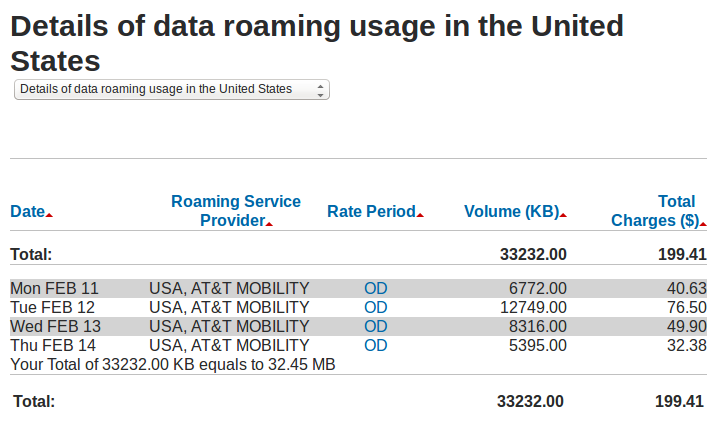 32 megabytes is a little more than four minutes of music if if it's encoded losslessly. I used it to run Layar a few times, a bit of Twitter, once to check Google Maps, and once to ssh to a shell and do some email.